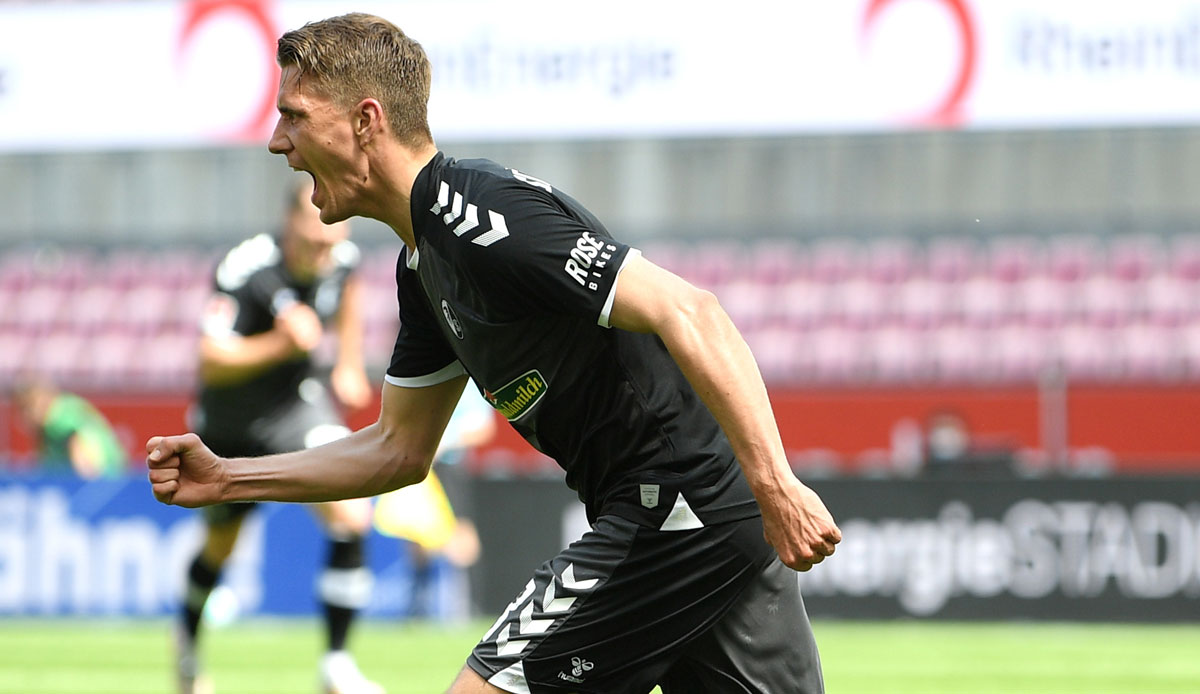 1. FC Köln’s chances of staying up in the Bundesliga have continued to decline after a bitter defeat. The team of coach Friedhelm Funkel lost against SC Freiburg 1: 4 (0: 2) and remains in a relegation zone after the 32nd matchday. With two remaining games against Hertha BSC and Schalke 04, Cologne has its back to the wall.

FC had inexplicable dropouts against Freiburg at the beginning. There were just 140 seconds between the goals conceded by Nils Petersen (18th) and Ermedin Demirovic (20th). In the second round, Cologne increased the pressure and came through through Sebastian Andersson (49th) to connect. But Ondrej Duda (61.) missed the great chance to equalize when he slipped away with his penalty kick and shot the ball over the goal. Vincenzo Grifo (90th + 3) and Jonathan Schmid (90th + 6) made the decision.

Cologne could have gone into this important game with confidence. Most recently, Funkel’s team had convinced with wins against RB Leipzig and at FC Augsburg and supposedly picked up momentum.

But on Sunday Cologne initially seemed strangely lethargic and invited Freiburg to goals – although almost 250 fans had gathered in front of the stadium and cheered the FC loudly. Before the 0: 1, the last strong Ellyes Skhiri lost the ball lightly, a little later after another carelessness on the defensive it was already 0: 2.

Immediately afterwards, referee Marco Fritz ordered a drinking break. But Funkel, obviously taken aback by the course of the game, did not use the interruption to wake up his team. Instead, the coach stood in silence with his arms crossed next to his drinking players.

In the run-up to the game it became known that Peter Stöger would not be the FC coach for the new season. The focus is now on Steffen Baumgart, who will be leaving SC Paderborn in the summer and would be available. Until then, Funkel should lead the FC to relegation – which, however, remains an extremely difficult task despite the increase in performance in the second round.

After the break, Funkel tried a system change, which brought the fast Ismail Jakobs. And the U21 international promptly showed his qualities: his cross pushed Andersson over the line.