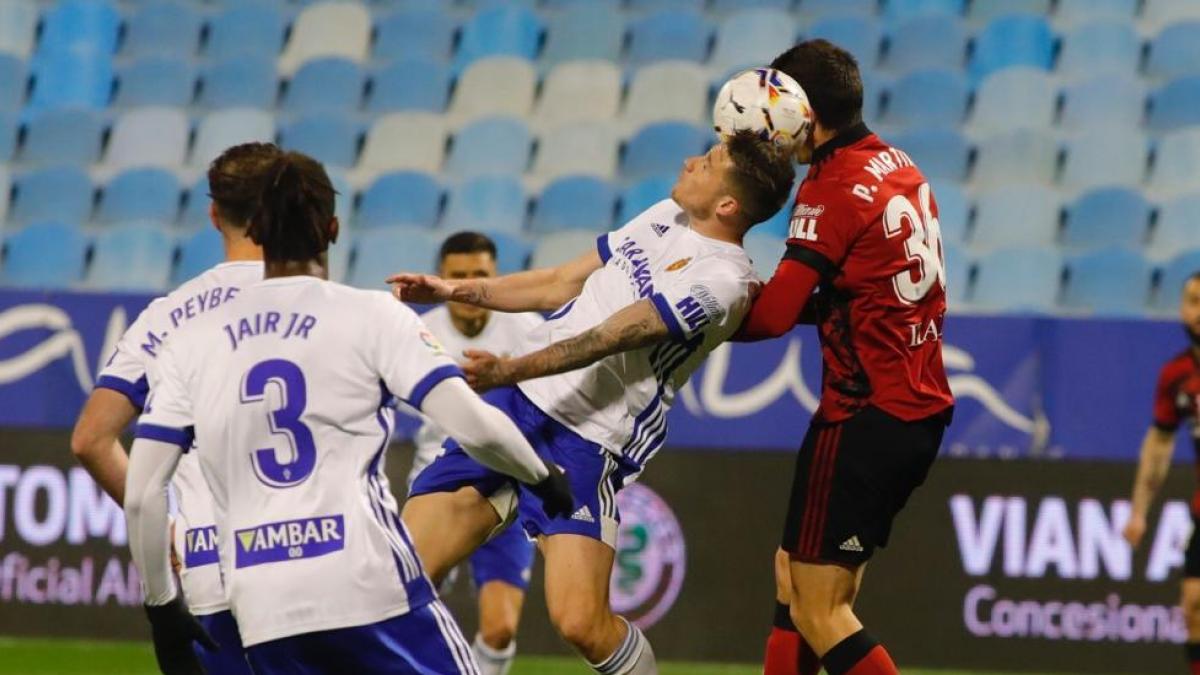 The Real Zaragoza, after his ninth consecutive draw this season, this time against the Mirandés, has been crowned solo king of the tied, something that no other team had achieved to date in the history of the Second division and that condemns him to enter the relegation zone.

The Aragonese team, who scored at 58 seconds, maintained the result until 95, of the seven that the referee had prolonged, when a loose ball at the exit of a corner was taken advantage of by Roguer Brugué to tie.

The hand team continues without knowing how to win a home game after seven games in The Romareda and he has not tasted a victory since last September 5 when he beat Alcorcón 1-2.

This means that their situation is complicated by entering the relegation zone once more, while the Mirandés With the draw, he avoided getting into said area but neither did he manage to move clearly away from said area.

At 58 seconds into the game, a shot from James touched a defender and Nano Table, arriving from behind, riveted to the meshes although the goal had to wait for the supervision of the VAR to go up to the scoreboard.

Scoring early made the home team play unhurriedly in attack. He became the owner of the ball and was able to set the rhythm of the game trying to prevent the game from getting out of control due to the danger of the cons of the Burgos team.

This, when he had the ball, was not able to reach the area with skill but he did so on several occasions in counterattacks after minute 20 with Iñigo Vicente and Simón Moreno as protagonists.

The set of Juan Ignacio Martínez “JIM” He also had a couple of opportunities to have widened the gap with Radosav Petrovic and a Francho Serrano who left the ball behind when he was alone in front of the foreign goal.

However, the clearest was the Mirandés in a header from Sergio Camello in the extension that hit the post and slightly exceeded the goal line although, in the opinion of the VAR, it did not pass through completely.

After the break the Aragonese team continued to control the game during the first minutes but little by little it got out of control and that situation caused opportunities in both goals as the team was looking for the second and its rival to equalize the contest.

The Mirandés began to turn the field towards the goal of Cristian Alvarez, who saved his team with two great interventions in 68 and ten minutes later and fear entered the whole team and ended up suffering until the goal of the tie arrived, which was a reward for the insistence of the Burgos team, in 95.

Referee: Sagués Oscoz (Basque Committee). He gave a yellow card to Nano Mesa, Francés, Petrovic and Chavarría, for the locals, and Iñigo Vicente for the visitors.

Incidents: Match corresponding to the thirteenth day of LaLiga SmartBank played at the La Romareda stadium in Zaragoza before 13,802 spectators.