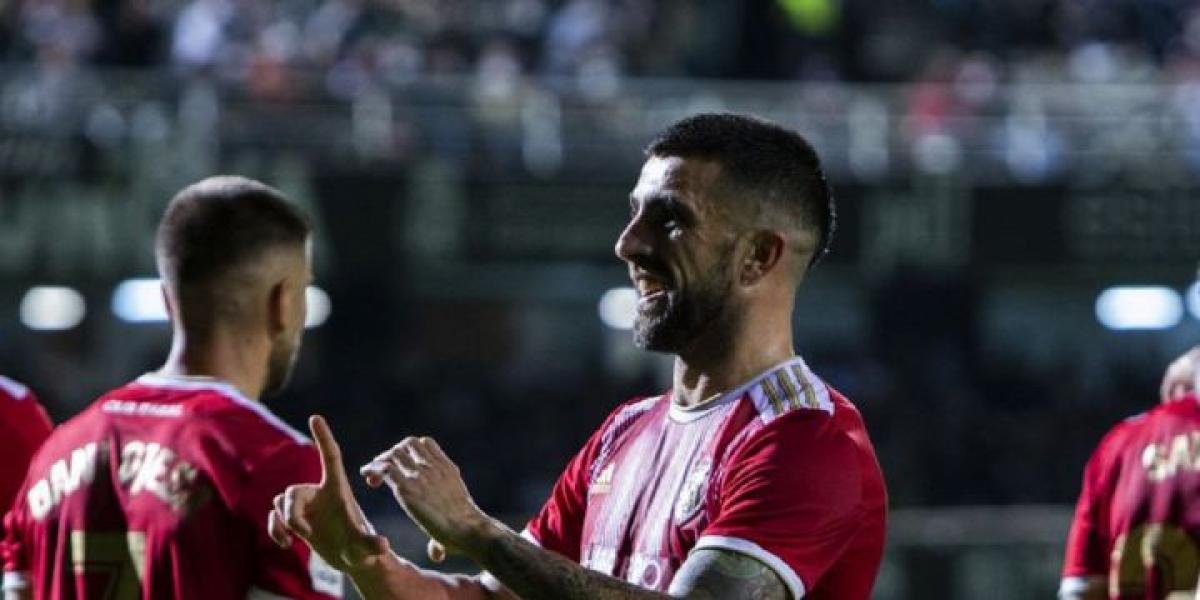 The Ponferradina Sports Society has achieved the victory by 0-1 in his visit to the Football Club Cartagena thanks to a great shot of Agus Medina from outside the area, an action that has decided a match in which the Bercianos have been superior in the first half and have managed to manage their advantage while keeping their rival at bay.

The crash started with a warning from Ephesus by means of a somewhat deflected shot from Antonio Luna and with Marc Martínez avoiding the 0-1 shot from Agus Medina, all within the first minutes of the match.

The visiting goal did come after a loss of the ball by Julián Delmás when he combined with Yann Bodiger in the defensive zone and himself Agus Medina He took advantage of it with a strong and placed launch with which he beat Marc Martínez.

The set led by Jon Perez Bolo dominated and had more chances, such as a couple of shots from Saverio, both of which went over the crossbar, and a Chilean from Pompadour with the same result.

The central defender had another shot, but shot very weak and at the hands of Marc Martinez When he had everything in favor to achieve the second goal from Leon. Luis Carrión’s team replied with a shot from the edge of the area by Álex Gallar that it was not a goal because Amir shone sending the ball to a corner.

The break was reached after the injury of Antonio Luna, who gave up his position to Shinji Okazaki and that made Efesé go on to play with a defense of four and not with three centrals as before.

In the second half the game got very cold and although the locals had the ball they did not create danger with it. Carrion He sought to make his team react with the changes and one of those who entered, the young Neskes gave rise to the only clear black and white occasion in this period. The youth squad qualified Of the beauty, but he was not precise when he was in front of the goalkeeper and his pass back did not find a finisher.

Jose Naranjo He was also able to score but his shipment went outside near the right post of the Cartagena goal. Ponfe he perfectly controlled the situation and did not go through moments of real trouble until the 96th minute when the crash was concluded.

Referee: Javier Iglesias Villanueva, from the Galician committee. He did not show any cards.

Incidents: Match corresponding to the thirteenth day of LaLiga SmartBank football that was played at the Cartagonova stadium in Cartagena before 6,242 spectators.